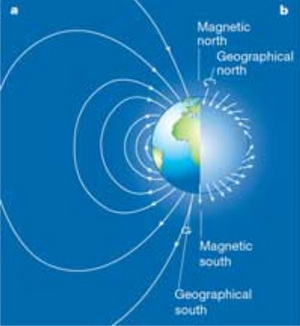 Natural energy magnetic field and thereby external field for all living organisms on Earth is Earth’s magnetic field, which has two poles: the North Pole (hereinafter referred to as N) and South Pole (hereinafter referred to as S), have been appointed by traditional scientific and navigation convention. Everyone is familiar with the fact that magnetic north and south poles, no way can not be separated. No matter how cutting my rod magnet into smaller and smaller pieces, we will not be able to isolate one half. Even when we get to the atoms, we get atomic bipolar magnet. Even elementary particles, such as electrons, muons and other behave like magnets with N and S pole. We got used to this fact as one of the fundamental properties of nature.

Part of the earth’s magnetic field makes the ionosphere – the air layer containing electrically charged particles, which extends from 100 to 160 kilometers around the earth’s surface. Outside the ionosphere, several hundred kilometers into space offers magnetosphere called the Van Allen radiation layer, after the scientist who discovered it (Van Allen Radiation Belt). This space is filled with radioactive particles that affect human life. Life on earth is protected from the harmful radioactive radiation ozone layer that surrounds the earth in the ionosphere. If the true fact that these radioactive particles in the Earth’s magnetic field injurious to health, life on earth would not be possible.

Earth their forces (gravity and magnetic) affects the development of flora and fauna and the man himself. Without them there would not be until the beginning of life, the evolution of the species, nor the preservation of life on Earth. Earth’s magnetic field is formed by rotation of lava in the Earth’s core and its impact is felt beyond the Earth (magnetic layer-magnetosphere). The magnetosphere is of paramount importance for the protection of wildlife on Earth from strong proton storm from the sun and cosmic radiation that would be a very short time destroy life on Earth.

Science recognizes the close relationship between electricity and magnetism. 1820. Hans Oersted in Denmark revealed a direct connection, showing that the wire through which an electric current flows affect the wrongly pointing compass. famous scientists of the time Ampere and Faraday, after long experimentation, fail to realize that there is no electricity no magnetic field, nor magnetic fields without electricity. These two phenomena are parts of a single electromagnetic phenomena. 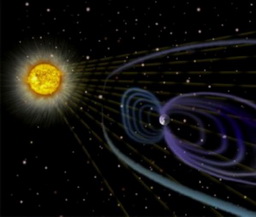 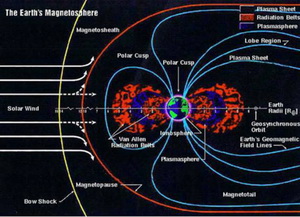 Magnetic energy is in the structure of the forces of the universe.

For life on planet Earth is predominantly Earth’s magnetic field, the magnetic energy of our planet’s natural biorhythm responsible for our lives..

The transmitter which is Nikola Tesla made in Colorado Springs, he himself considered his greatest invention. This his invention until today attracts the most attention, and whenever we talk about sending a strong radio signal is very low frequency, it talks about Tesla effect.

In the US ma hear stories from the fifties to the Russians used a giant Tesla magnetic transmitter which affect the weather in the world, causing flooding and melting glaciers. Also great powers are accused in a similar way at times causing disruption of radio communications and exert influence on brain waves break the sound barrier and affect a whole number of other phenomena that can not otherwise be explained.

Tesla’s as it is known, believed that the Earth was a great conductor and that in this important role, “the upper layers of the atmosphere, which, according to experiments, contain very stable line conductivity”. In the fifties, numerous scientists who worked on the introduction of very low frequency (1 – 300 Hz) electromagnetic waves confirmed Tesla’s principles, to the extent relating to the transmission of low-frequency waves. Teslin large station was the first in the world powerful enough to create super low frkventnu (SNF) resonance in the Earth’s ionosphere.

He is also quite accurately determined that the Earth resonates at 6, 18 and 30 Hz.
However, experimental evidence, certain measuring devices are made only in 1960
Then it was found that Tesla was very close: Earth resonates at 8, 14 and 20Hz.