What is the difference between permanent magnet and electromagnetic devices?

Electric fields are connected by moving charged particles, usually electrons, and sometimes ions. An example of an electric field when you rub his foot on the carpet and then touching the door handle. Carpet draws some electrons from your clothing and your body and leaves you with a deficit of electrons, which appear in the carpet as surplus. Touching the handle and pull the electrons meet the deficit of electrons in your body, and creates a balance of electrical discharge creating a spark in the process. Electric fields are measured in units called volts per meter (V / m) or (V / cm). 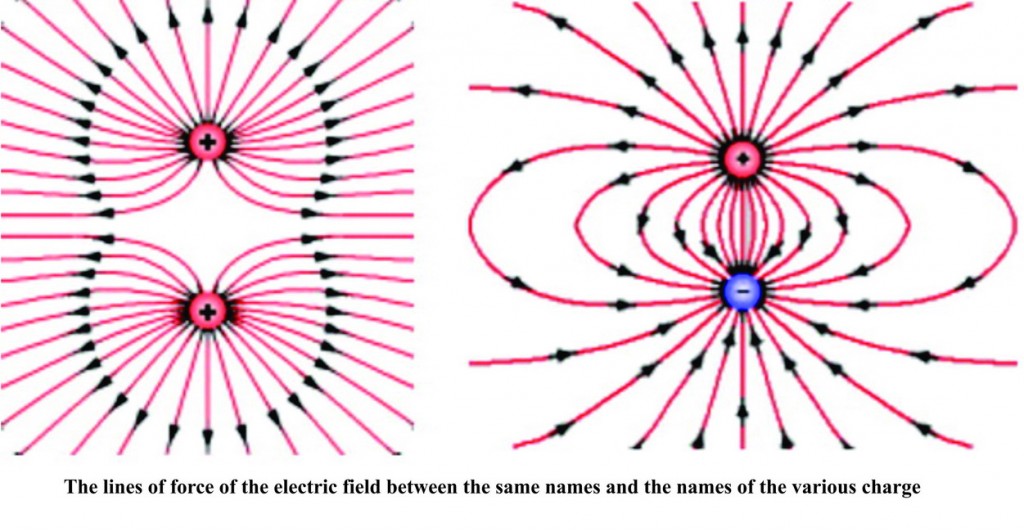 You can not see the electric current in the magnet, you have to penetrate deeper into the structure of matter in order to understand.

When the permanent magnet electric current moves in the electronic orbits around the nucleus. Iron body is magnetized when electrons are found in higher-level degree. The best way to describe the permanent magnet to make an analogy with the military. Think of all the atoms at nenamagnetisanog block of iron that the soldiers who carried out their daily tasks. Some brush their teeth, some reading, and so on. When the captain went all line up. All are set in their places, leaving space between them equals. The difference before and after the command behavior is analogous to the difference between nenamagnetisanog pieces of iron and iron block when exposed to a magnetic force. Magnetic force commanded by electrons and atoms in the block regularly take their positions. In the end, they are placed in the same plane and have a constant magnet. 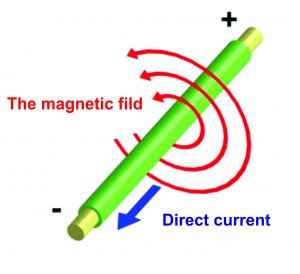 Magnet can also create a current that flows through the wire and the magnetic field created by the electrons in the wire. If it is 60 cycles per second, the electrons move to 60 cycles per second. But they do not really go anywhere. They behave as the tide comes and goes with the ocean, going first to one and then the other way. But the tides do not go anywhere beyond a certain direction.

Electrons in the cable are very similar. They go back and forth, creating a magnetic field in its environment.

How is this different from the electromagnetic radiation – electromagnetic radiation (EMR)? This is the third side of the coin (Zimmerman explains). EMR naturally happens when you have a charged particle that speed up or slow down very quickly. Imagine a glass of water that is filled almost to the top. Slowly diving with a spoon in water and removing it from the water, and every time you change the direction you are accelerating the launch of spoons. If the acceleration and deceleration can be relatively small diving with a spoon in almost full glass of water all day and will not be much for what happened. The water is kept at the spoon and when it out of the water a few drops will remain in it. When her back they will be back in a glass of water.

What will happen if the movement speeds spoons? Obviously, the water will start to be separated from her. This is exactly what happens when you create EMR. At a certain speed change which is analogous to the rapid movement through the water buckets charged particles called photons leaving the source of movement, as in buckets when droplets from her wig due to the rapid movement through the water. Uncharged photons, massless particles, are essential factors electromagnetic forces of the universe, which are partly driven away from sources of electrical charge, as water droplets that are unhooked the bucket that was quickly immersed and removed from the glass of water. This is what explains the EMR.

Electromagnetic radiation is a combination of oscillating electric and magnetic fields that travel together through space in the form of mutual administrative waves. This radiation is the carrier of electromagnetic interactions (forces) and can be interpreted as a wave or as a particle, depending on the case.

It is understood that the EMR contains two specific areas: