Known eleven-year period in plants and animals is directly connected with the magnetic field of the sun. Also, it was discovered that seeds treated with magnets have a higher fertility. They realize that they can improve the health of people magnetišući water.

There are more than 2000 scientific reports in Russia, Romania, Japan and throughout Europe. Specialists from many countries are studying everything which affects the use of drugs: time of day, weather, mood, meals, drinks, etc.

EEG measurements show that the field created by the human brain has a very low frequency of 7-8 Hz. This field follows the development of electromagnetic waves of all activity in the cells of the brain. It is a natural oscillation and penetrates the earth’s resonance field (the Schumann Resonance), and can be replaced with artificial field a certain frequency. These effects can occur in every cell, organ and system of the body.

1982 studies have shown the effects of magnetic field on the ion flux through the membrane of the cell. Experiments from 1985 showed that the other body elements as sodium, potassium, magnesium, etc. have the effects on the process. Experimental results showed that the muscle fibers (fiber), membrane chloroplasts (retinal) eye, and other fibers and macromolecules including nucleic acid, placed in a strong magnetic field.

The cell membrane, for example, a liquid crystal, which is very close to change depending on the temperature of the body. It takes a very weak magnetic better to start the chemical reactions that affect the body. Blood cell has a membrane that separates the two bioelectric voltage. Potassium is a positively charged ion, a sodium ion is negatively charged. This bioelectric phenomena exist in all cells of the body, the nervous processes, red blood cells and whole blood. We can take the example of blood and rotate to stay only red blood cells, then we put the cells under a microscope.

If you expose a magnetic field, the cells turn in the same direction. Magnet polarized ions and iron in the cell (ion is an atom with one electron more or less). An important way in which the cells turned.

N magnetic pole shows that the blood spinning counterclockwise clockwise and reduces the concentration of hydrogen.

With magnetic pole turns blood cell in a clockwise direction and increases the concentration of hydrogen.

N magnetic pole has a negative activity and slows down the interaction.

Control of hydrogen ions is the most important chemical action in the body. All of infection and disease depends on how the body submits hydrogen ion. Each organ and tissue all have the potential concentration of hydrogen (pH). Hydrogen ion controls the acidity of organs and tissues.

When you know how to measure and control the hydrogen solves all potential health problems. The body normally controls the pH of the nervous system.

Parasympathetic doing the opposite. It activates the stomach, liver reduces adrenaline, heart function by increasing or decreasing the hydrogen ions. Thus, changes in energy act, reducing or increasing the function of organs or tissues. If the heart is working too quickly parasympathetic slows it down. If it works too slowly sympathetic accelerates it. To make the entire nervous system to work properly we need to have an appropriate concentration of pH. In this regard, Russian researchers are also convinced that the magnets behave like living things through the water and aqueous solutions through the functions of cells and tissues. Polarization “particles” changing the physical properties of water. Magnetized water entail an increase in the yield of vegetable crops, field crops and orchards as well as increase the resistance of plants to disease and fruit rot, improves germination and growth accelerates. 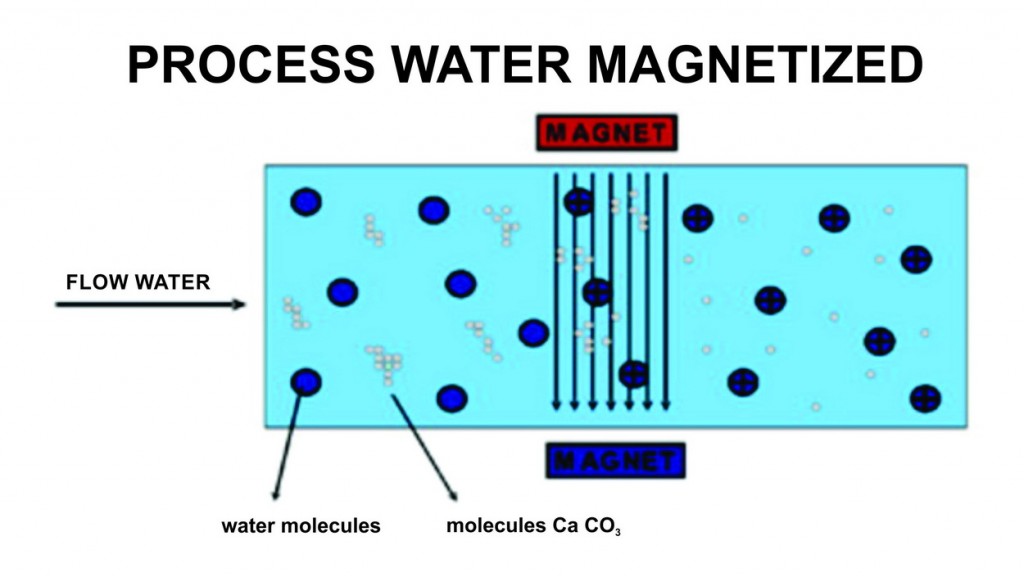 “Volga” research institute irrigate large areas of magnetized water, so that it passes through a strong magnetic field used in industry and medicine. Normal water has a pH level of about 7, while magnetized and even 9.7pH after exposure to 7000 Gauss.

Russian results in the application of magnetic enriched water:

Increasing the yield of cultures:

In fruits and vegetables increases by 10-30% of disease resistance and the occurrence of decay.

In livestock outcome is an increase in weight gain, milk yield, egg load and resistance to disease by 10-25%. That is increased: